WILL
After a 2.5-mile stretch up the cavernous Michigan Avenue, the final challenge of the Chicago Marathon is a small hill on the southwest side of Grant Park at Mile 26, which exhausted marathoners have nicknamed Mount Roosevelt. Just ahead is the Shedd Aquarium, the cobalt waters of Lake Michigan and the finish line. Down to the left is the park and Agora, a massive, mesmerizing sculpture by Polish artist Magdalena Abakanowicz. The piece features 106 headless and armless 9-foot iron figures that appear to be lost, wandering souls milling around some cosmic way station, much like the spent runners at the end of a marathon.

Stationed at the top of Roosevelt Road where the crest of the hill blocked their view, Jenny and Sean couldn’t see a thing. But Sean, having spent his entire life at his brother’s side, most of it on athletic fields, has reconstructed what he thinks happened next:

Less than 500 yards from the finish, Will turns onto Roosevelt Road where the course is now framed by metal crowd-control barriers covered in bright red bunting. Will is close enough to see the finish, to hear the roar of the crowds and the electric crackle of the PA announcer. Sunlight flickers off the lake and the glass skyscrapers in the distance. He’s home. He knows it. He looks at the watch on his left wrist: At just past three hours he’s done it, qualified for Boston by more than 10 minutes. He could walk up the brutal final hill, but that’s not Will’s style. Instead, he puts his head down and leans into the incline, bracing for the race’s final sacrifice. A few steps later Will shivers, his legs lock and he gulps in a stuttered breath of air. His heart has stopped. He doesn’t cry out or fall forward helplessly onto his hands and knees. No, Will would have shaken it off, the way he did with everything else, and stood defiantly before his head slumped onto his right shoulder and his body followed suit, crumpling straight down, his long limbs telescoping inward into a heap, like an overcoat falling off a coat rack.

Jenny and Sean were standing less than 100 yards from where Will collapsed but, blocked by the crest of the hill, didn’t see him until they arrived at the hospital. However it happened, emergency physicians and EMTs near Mile 26 responded to Will within seconds. And they were able to get a pulse back before transferring Will to an ambulance.

Unaware, Jenny and Sean stood on their tiptoes, half a block away at the top of Roosevelt Road watching, waiting. Nothing. “All right, all right,” Sean said out loud, to no one, checking his watch, “come on …”

Will should have finished at 10:34 a.m. At 10:45, when they still hadn’t spotted Will, his wife and brother made their way through a maze of people and fences to the corrals of finishers on the Lake Shore Drive side of the park. They were standing at a gate manned by a security guard, craning their necks, frustrated and a little nervous, when Sean’s phone rang. He looked down and, not recognizing the number, let it ring. After a few more minutes passed with no sign of Will, Sean asked the security guard what the Chicago area code was.

He told him 312. Sean looked back down at his phone and saw 312. He dialed the number. “This is Mercy Hospital. Your brother Will is here. We need you to get up here as soon as possible. It’s serious.”

“On our way,” Sean replied, taking Jenny by the arm, pushing the security guard out of the way and making a beeline for Michigan Avenue. “What is it? What is it?” said Jenny, frantic. “I don’t know. All I know is Will’s at the hospital and we need to go there.”

Mercy Hospital was on the course, about 2 miles down on Michigan. Will had jogged past it just minutes earlier. As the cab sped south, it passed hordes of runners all moving in rhythm in the other direction, giving Jenny and Sean the dizzy feeling of moving backward in time. The internal bargaining had already begun. It’s an ankle. Or his hamstring again. Or dehydration. Everything’s OK. Everything’s OK. Please, God. Please. Make everything OK. But Sean couldn’t get the hospital administrator’s voice out of his head. “It’s serious.” There was something about the tone.

As they exited the cab and raced through Mercy’s art deco concrete entryway and into the hospital, Sean felt his chest constrict. As a firefighter and EMT, he had used the exact same tone with family members when they arrived at the scene of an accident.

AMBER
When Amber finally reached the top of Mount Roosevelt, she was overtaken by the strangest phenomenon: The gusting winds off Lake Michigan that give Chicago its nickname seemed to be gently pushing her to the finish. Although her 2-and-2 plan called for her to walk the final 0.2 miles, Amber, buoyed by the spirited winds, couldn’t help herself. Footsteps from where Will’s race had come to an end, she began to run. The wind still at her back, Amber entered the homestretch just ahead of a group of runners dressed in matching orange T-shirts who had clasped hands and blocked most of the finish line.

Later, when Amber’s finish became national news, she was accused of being a running-obsessed nutjob willing to put a child at risk for her own glorification. But that kind of compulsion and the individualism it requires — at once, noble, selfish and risky — is what draws any human to sports, and to the challenges of marathons in particular. She knew the risks to her child. She knew what she was flirting with. And she was at peace with it. Whether people see that as a flaw or a strength is of little concern to Amber. “Everything you do when you’re nine months pregnant involves risk,” she says. “Some women gain 100 pounds when they’re pregnant and they’re putting their baby in danger, too. There are more women doing that than running marathons, but no one ever calls them selfish.”

Nothing, though, spoke louder on the subject than Amber’s final steps. As the women in orange shirts slowed to a crawl, playing to the crowd and basking in their moment, Amber moved to the far left, near the long shadows cast by the course barriers, slipping across the finish line, head down, virtually unnoticed. Her personal chip time was  6:25.50.

Amber collected her medal, moved to a shady part of the curb and sat down, watching, waiting. Three different times members of the medical team near the finish line came over to ask if she needed assistance, or a wheelchair even. And three times Amber looked up, smiled softly and said, “No thanks.” After 19 minutes, she saw Joe in his gray shorts and white T-shirt hobble around the corner. She went to him, and together they walked down the finishing chute. Amber had seen lots of other people crying at the finish line of marathons, but today she was the one overcome by emotion. “This was not something I ever meant to show to the whole world,” she says. “We had no idea this was gonna turn into all this. This was just me being me. But I’m not gonna lie or downplay it; I shouldn’t have to. What I had been able to do at nine months pregnant? Very cool. It was a special moment for me, for us, for our family.”

A family that was on the verge of expanding. After meeting up with Amber’s parents, the five of them were walking across Grant Park and back to their car when, not far from Mount Roosevelt and the Agora sculpture, a contraction hit Amber hard enough to stop her in her tracks. “It wasn’t really, really painful, not an oh-no moment like in the movies,” she recalls. “It just kinda made me wonder: Hmm, this feels different. Is this labor?”

Caleb had been born in 4.5 hours, and Amber’s obstetrician had warned her that the next baby might come even faster. By the time they got to her mom’s van, the contractions were coming every five minutes. About 15 minutes later, Amber thought she needed some sustenance, in case this really was it. So they stopped by Jason’s Deli near their home in Westchester to grab something to eat. Halfway through a turkey Reuben, though, Amber was doubled over in pain, unable to stand. Had she made a horrific mistake?

“Nothing ever felt wrong-wrong,” she says. “The thought that I had done something bad or made a mistake by running the marathon never crossed my mind. Labor is so much harder and intense than a marathon, you can’t even compare the two. Trust me: The race was forgotten, and quickly.” They dialed her doctor and explained what was going on. Go to the hospital, he said.

Still in her race clothes when she arrived, the first thing Amber did was inform the staff she had just finished the Chicago Marathon. No one seemed alarmed or even all that concerned. That, or no one believed her. Seven hours later, though, June Miller, runner No. 21835b, was born at 10:29 p.m. She was perfectly healthy, weighed a robust 7 pounds, 13 ounces and had the deep brown eyes of her father. 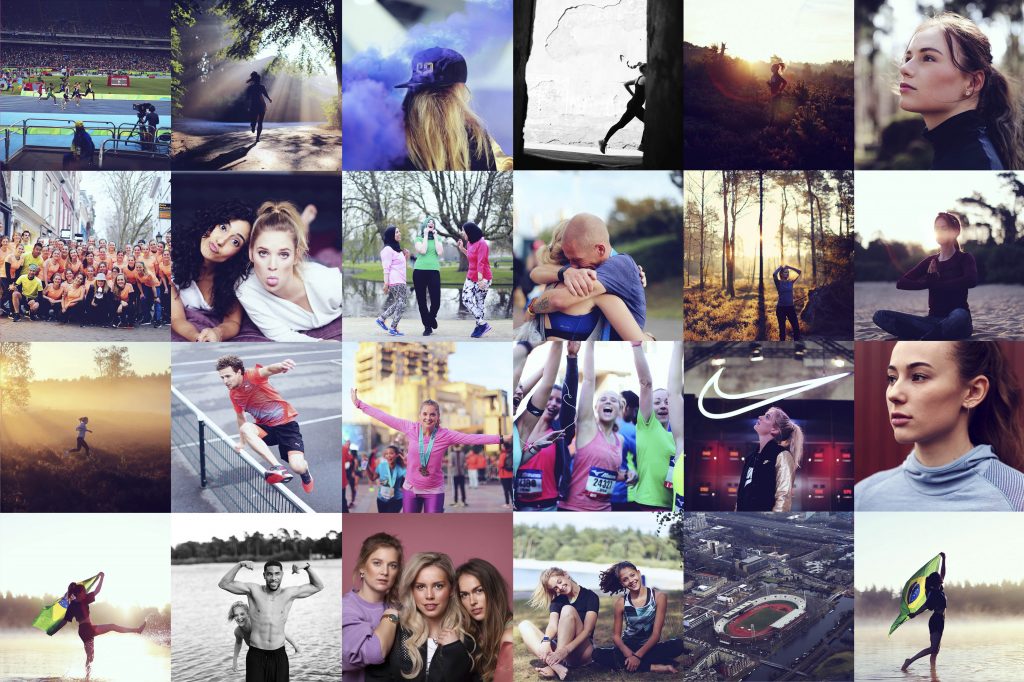 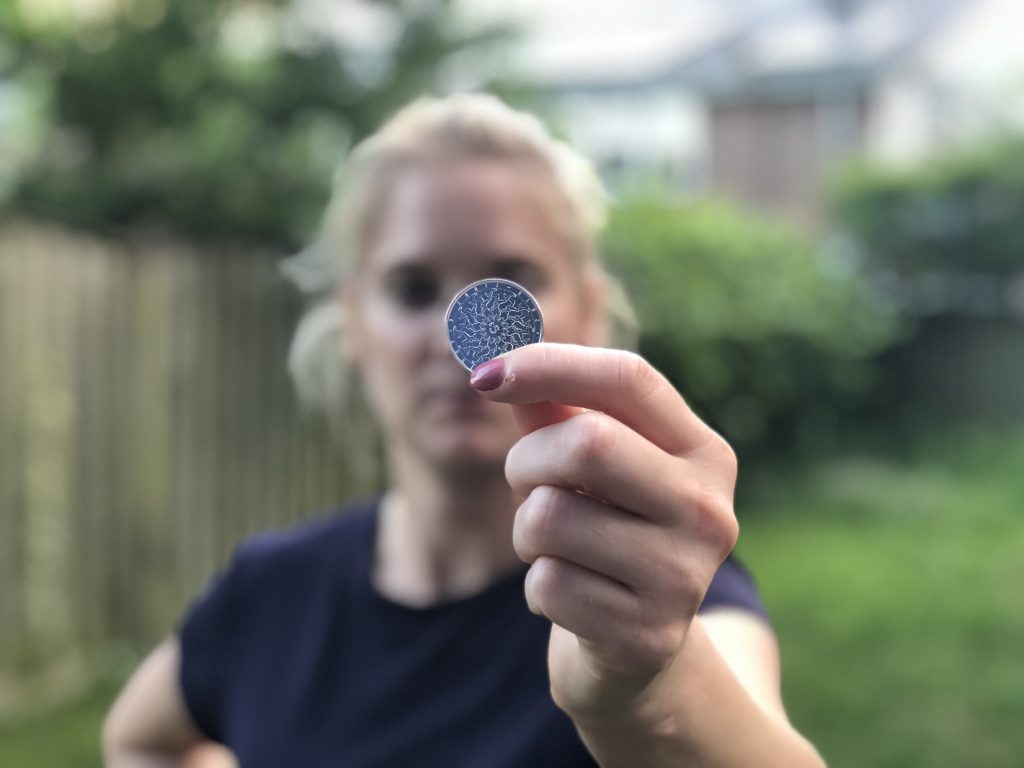 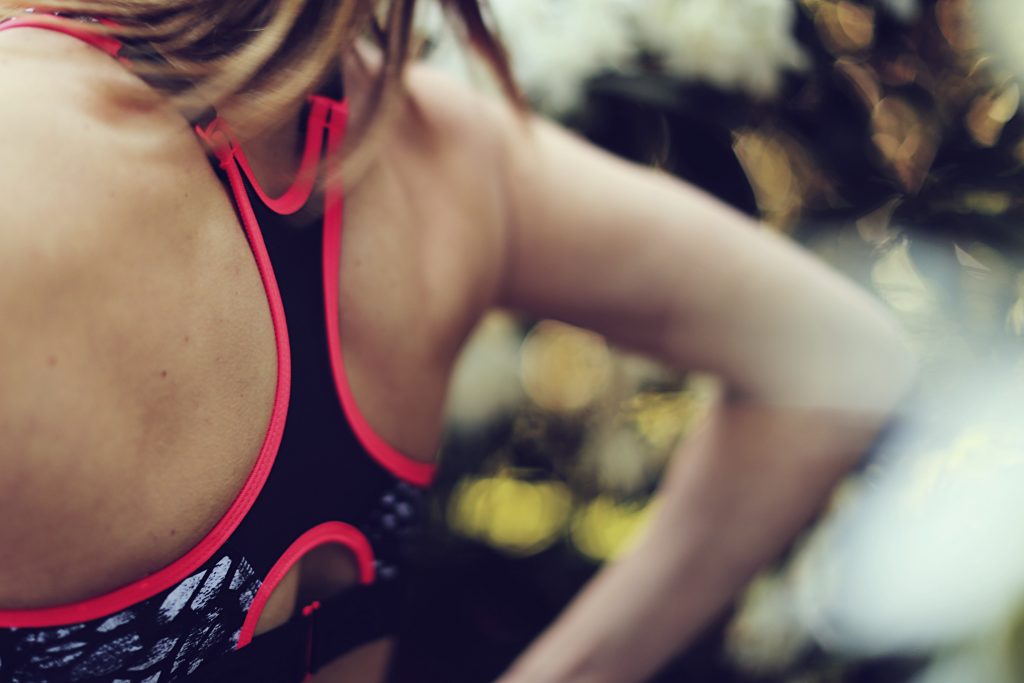